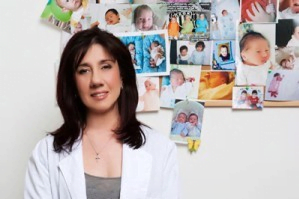 Dr. Glikeria Zervakakou is a Reproductive Medicine Specialist with 20 years of experience in the field of assisted reproduction and fertility treatment.

She was trained in Obstetrics and Gynaecology in Great Britain and subsequently subspecialized in Reproductive Medicine and Assisted Reproduction at Imperial College London.

She offers the full range of fertility treatments applying the same standards, the same methods and the same ethical principles as those applied in the field of Assisted Reproduction in Great Britain.

She graduated from the Faculty of Medicine of Aristotle University of Thessaloniki, Greece. She moved to Great Britain where she was fully trained in Obstetrics and Gynecology in NHS and University hospitals under the auspices of the British Royal College of Obstetricians and Gynecologists (RCOG) London. She was trained in laparoscopic and hysteroscopic surgery by Lindsay MacMillan at Whipps Cross Hospital in London and in cervical pathology by Prof. Albert Singer at Whittington Hospital, London.

Following completion of training in Obstetrics and Gynaecology she continued subspecialty training in Reproductive Medicine and Assisted Reproduction. She was appointed as Clinical Research Fellow at the IVF Unit at the Hammersmith Hospital – one of London’s renowned teaching hospitals and part of the Imperial College, with Prof. Lord R. Winston from November 1996 up until 2000. During that time, she practised in one of the largest Assisted Reproduction Centers in the UK, gathered extensive experience in the personalized treatment and management of complex fertility issues and at same time, she was also involved in research in human reproduction. In 2000, she left her position as Clinical Research Fellow in Reproductive Medicine at Imperial College London, in order to return to Thessaloniki, Greece. Upon her return to Greece, she established in Thessaloniki the « Center for Assisted Reproduction – Euromedica Tatiana », where she worked as its Scientific Director until 2004. When the Obstetrics and Gynaecology Clinic “Genesis” started operating, the department moved into the new state-of-the-art Clinic “Genesis” with which she collaborates until today. She has an extensive private practice in Thessaloniki, combining state-of-the-art fertility treatment protocols with an individualized approach. She holds her license to practice in the United Kingdom and has dual British and Greek nationality.

Her research at the Department of Reproductive Medicine – Imperial College was mainly focused in: Maturation of human oocytes in-vitroIn collaboration with the KarolinskaUniversity Hospital in Stockholm. Investigating the effect of Stem Cell Factor on immature human oocytes cultured in-vitro. Trace element levels (zinc, iron, copper, cadmium, and lead) in the follicular fluid In collaboration with the Chemistry Department of the University of Surrey. Investigating the relation of the trace elements levels in the follicular fluid and the blood serum of the patients undergoing IVF treatment with the IVF outcome and their association with infertility. Junctional zone contractions and embryo implantation to determine the frequency and pattern of junctional zone contractions and their influence on IVF treatment outcome. She has published original papers of her research work in international scientific journals and made personal presentations of her research in international conferences.

She was awarded her Obstetrics and Gynecology Specialty Degree in Greece in July 1996 and in Great Britain (General Medical Council Specialist register) in October 1996. She holds the diploma from the Royal College of Obstetricians and Gynecologists (DRCOG), London, 1991, Diploma in Family Planning from the Royal College of Obstetricians and Gynecologists (DFFP), London, 1993 and is certified by the Joint Committee on Contraception,(JCC) in Family Planning London 1991. She is a member of the European Society of Human Reproduction and Embryology (ESHRE) and the Hellenic Obstetric and Gynecological Society.

The treatment makes pregnancy possible for women who might not otherwise be able to get pregnant using their own eggs, a case that is often associated with older maternal age.

The procedure is similar to standard IVF, except that the eggs are sourced from a friend or from an anonymous donor or an egg bank.

The donated eggs are fertilized with the partner’s sperm in a laboratory dish and then the fertilized embryos are transferred to the woman’s uterus.

It is a method used to save women’s ability to get pregnant in the future.

It is an assisted reproduction technique used to treat infertility or genetic problems and assist with the conception of a child.

IVF follows a series of steps, starting with fertility drugs to help the woman produce as many eggs as possible.

During IVF, an egg is retrieved from the woman’s ovaries and fertilized with sperm in a laboratory culture dish. Fertilization takes place in this dish “in vitro”. Then the fertilized egg (embryo) or eggs are implanted in the woman’s uterus. 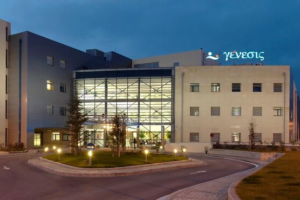 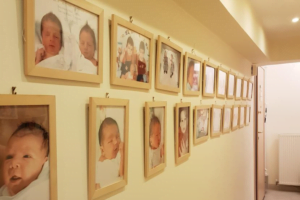 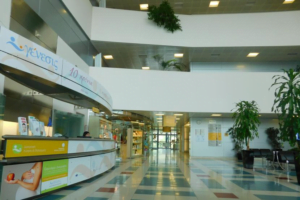 No data was found

Choose your treatment and leave the rest to MEDIPASS